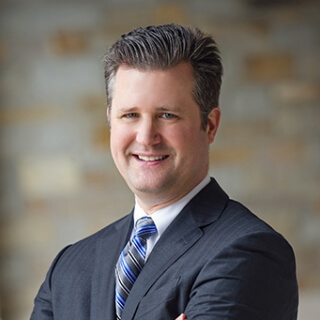 Mike Dubin joined the Law School in December 2015 as assistant dean for development and alumni relations.

He previously served as the director of development, communications, and alumni relations at U-M's School of Education. Dubin led a team of a dozen professionals responsible for planning and leading all activities in those areas for the School of Education.

Dubin joined the University of Michigan in 2002 as the associate director of the major gifts program at the U-M College of Engineering. In 2007, he joined the School of Education as the director of development and alumni relations. In 2010, communications was added to his portfolio.

Dubin served as the president of the Greenhills School Alumni Association, and later as trustee and treasurer of the Greenhills School Board of Trustees. He also has served as trustee, treasurer, vice president, and president of the Ann Arbor Summer Festival since 2007. Dubin serves on the mentor board for the Michael J. Fox Foundation for Parkinson's Research, where he assists grassroots fundraisers who seek to raise funds and awareness for Parkinson's Disease research. In addition, Dubin has run five marathons, climbed Mt. Kilimanjaro, and conquered the Grand Canyon "Rim to Rim" one-day challenge, all while raising more than $100,000 for the Michael J. Fox Foundation with his family in honor and memory of his father.

Dubin has guest lectured in the U-M School of Education Center for the Study of Higher and Post-Secondary Education, Washtenaw Community College, and presented at industry conferences. He worked in private industry for nine years prior to joining the University of Michigan, and cofounded a computer networking business that is still in operation.