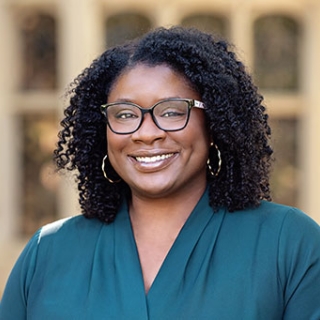 Kim LaRochelle counsels students on all aspects of career planning with a particular focus on the private sector.

Kim received her JD in May 2009 from DePaul University College of Law and her BBA from the University of Michigan's Stephen M. Ross School of Business in 2004. After law school, Kim spent the next eight years at Detroit-based law firms, Dickinson Wright PLLC and Bodman PLC, where she practiced primarily banking law, representing national and regional financial institutions. Prior to joining the Office of Career Planning, Kim served as Vice President and Associate General Counsel at the Michigan-headquartered financial institution, Flagstar Bank, for almost four years. There, she supported all legal aspects of the commercial lending division of the bank.