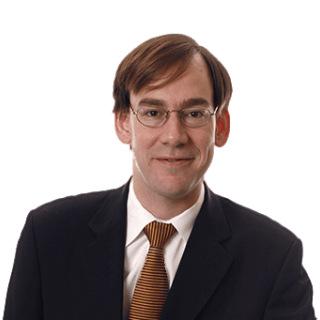 Professor John A. E. Pottow, the John Philip Dawson Collegiate Professor of Law, is an internationally recognized expert in the field of commercial law. His award-winning scholarship concentrates on the issues involved in the regulation of cross-border insolvencies as well as consumer financial distress, and his extensive public service work focuses on international trade and pro bono representation of bankrupt debtors.

On behalf of the United States, Pottow serves on the delegation to the United Nations Commission on International Trade Law and serves on the State Department’s Advisory Committee on Private International Law. In addition, he co-authors of one of the leading bankruptcy textbooks in the country: The Law of Debtors and Creditors: Text, Cases, and Problems (Aspen Publishing, 2021, eighth edition, with The Hon. Elizabeth Warren, Professor Jay Westbrook, and The Hon. Katie Porter). Pottow has published in prominent legal journals in the United States and Canada and testified before both Houses of Congress. An oft-invited lecturer, he has presented his works at academic conferences around the world and frequently provides commentary for national and international media outlets, such as NPR, CNBC, CNN, C-SPAN, Al Jazeera America, and the BBC. His pro bono representations have ranged from bankruptcy court to the Supreme Court, where he successfully argued on behalf of the respondent in Executive Benefits Insurance Agency v. Arkison (2014).

Pottow joined the faculty in 2003. Prior to coming to Michigan Law, he worked at several prominent firms in private practice, including Weil, Gotshal and Manges of New York and the former Hill & Barlow of Boston. His practice focused on debtor representation in complex Chapter 11 restructurings. He was also an active litigator whose trial work included representing a gender-based asylum seeker from Afghanistan in U.S. Immigration Court.

He is licensed as a barrister and solicitor in Ontario and as an attorney in Massachusetts and Michigan. In 2005, he was presented the L. Hart Wright Award for Excellence in Teaching and, in 2012, received a pro bono award from the U.S. District Court of the Eastern District of Michigan. He is an elected member of the American Law Institute, American College of Bankruptcy, and International Insolvency Institute.