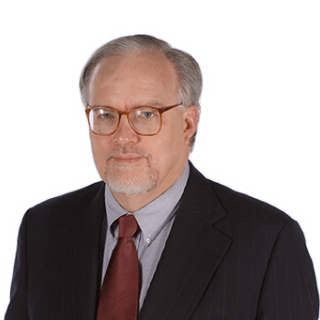 Professor Carl E. Schneider, '79, the Chauncey Stillman Professor of Law and Professor of Internal Medicine, teaches courses on law and medicine, regulating research, property, law and morals, the sociology and ethics of the legal profession, and writing briefs. He holds a joint appointment in U-M’s Medical School.

A central theme in Schneider's scholarship criticizes some dominant regulatory ideas, particularly those in the law of medicine. For example, his book The Censor's Hand: The Misregulation of Human Subject Research (MIT Press, 2015), examines a regulatory system whose usefulness is widely assumed but quite unproved and argues that that system is so perversely constructed that it cannot help doing more harm than good. Another example is More Than You Wanted to Know: The Failure of Mandated Disclosure (Princeton University Press, 2014), co-authored with Omri Ben-Shahar. It explains why government-mandated disclosure may be the most adored, most used, and least successful regulatory method in our time. His The Practice of Autonomy: Patients, Doctors, and Medical Decisions (Oxford University Press, 1998), which analyzes the malign effects of making patient autonomy the regulatory summum bonum, is another example of the project.

Schneider is also the co-author of two innovative casebooks: with Marsha Garrison, he wrote The Law of Bioethics: Individual Autonomy and Social Regulation (West, 2015, 3rd edition), a pioneering casebook in what was then a new field, and with Margaret F. Brinig, he wrote An Invitation to Family Law (West, 2007, third edition). This casebook approaches family law conceptually—each chapter discusses an area of family law, and each chapter introduces students to a systematic discussion of a recurring jurisprudential issue (like the problem of rules and discretion, or the legal principle of autonomy).

Schneider served two terms on the President's Bioethics Council. He has been a visiting professor at Cambridge University, the University of Tokyo, Kyoto University, and the United States Air Force Academy (twice).