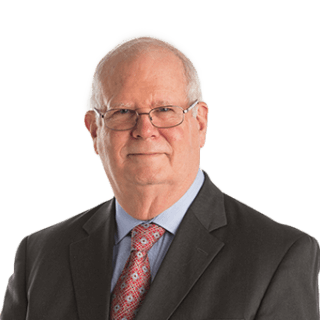 Professor Bruce W. Frier is the John and Teresa D'Arms Distinguished University Professor of Classics and Roman Law. He is the author of numerous books and articles about economic and social history, focusing especially on Roman law.

Frier's publications include Landlords and Tenants in Imperial Rome, The Rise of the Roman Jurists, A Casebook on the Roman Law of Delict, A Casebook on Roman Family Law, and The Modern Law of Contracts, now in its fourth edition and written with Michigan Law faculty colleague J.J. White. He is also the general editor of a three-volume annotated translation of the Codex of Justinian, published in 2016. In addition to his Law School professorship, Frier served in 2001-2002 as the interim chair of the Department of Classical Studies at the University of Michigan and holds a joint appointment in that department. He is also a member of both the American Philosophical Society and the American Academy of Arts and Sciences. He was a fellow of the American Academy in Rome and taught at Bryn Mawr College before joining U-M's Department of Classical Studies in 1969. He has taught at the Law School since 1981. In 2010, he received the Distinguished Faculty Governance Award from the University of Michigan.